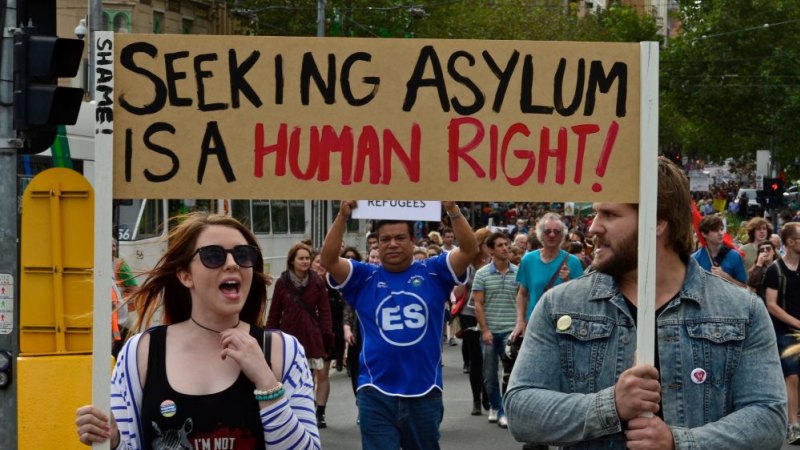 The Trump administration began officially making thousands of migrants seeking asylum to return to Mexico, to wait there for their turn to face a court hearing that could and would decide whether they could settle in the United States as asylum seekers. New government figures show the policy is rapidly flooding some courts assigned to handle the cases and the reasons are not good.

nearly 17,000 new asylum cases are being processed for migrants waiting in Mexico who have been assigned to border courts through. Just in the Month August there were around 6000 applications submitted to the courts

These figures are likely an undercount of the number of people affected by the policy. According to data compiled by the Transactional Records Access Clearinghouse at Syracuse University, 26,000 people had received notices to appear in these courts by the Department of Homeland Security through July 2020.

In the past, people who came asking for protection from political persecution, or gang or domestic violence, would be held in U.S. detention centers or released to friends and family while pursuing their claims. But as a result of the new policy, tens of thousands of migrants have been stalled in Mexico until their asylum cases are processed which means that they face the threat of being killed or attacked while waiting for the turn to be heard which doesn’t mean they will be approved. Lawyers around the nation have said that this is causing major delays on the court system due to the alarming amount of cases.

Four immigration courts are seeing large spikes in the numbers of Remain in Mexico cases at hearing locations in Texas and California. The court in Harlingen, Texas, which is close to the border town of Brownsville, saw an almost three-fold increase last month in the number of cases it was receiving, driven almost entirely by asylum seekers in Mexico. In essence, the cases of those waiting in Mexico have overwhelmed all other new business in these courts.

“In an unexpected turn recently, the U.S. Supreme Court struck down an injunction that had halted a policy requiring migrants to first seek asylum in one of the countries they cross on their way to the U.S. The decision will likely decrease the number of new asylum applications, but border courts will still have large caseloads to work through.” The ABA Journal

the exact amount of people still waiting in Mexico to see if their cases have being seen are still unknown. Customs and Border Protection estimates show that as of early September, 42,000 people have been told to wait on the Mexican side of the border, according to reporting by Reuters and the Wall Street Journal, but not all of them have made it into the courts yet. What’s more, some migrants may have returned home or accepted offers from the Mexican government to be bused into the interior of that country.

The Executive Office for Immigration Review declined to answer questions about the “Remain in Mexico” courts for this story.

On average, migrants wait nearly three years for their cases to be completed, this fiscal year, the denial rate for asylum claims reached 48 percent. But for people waiting across the border in Mexico, speed is critical. They are in dangerous areas, like the states of Chihuahua and Tamaulipas, places that the U.S. Department of State has deemed unsafe for U.S. travelers.